Behind Kawran Bazaar is Dhaka’s main railway station. As well as a bustling train line it’s also home to hundreds of families who live by the tracks in their shanty dwellings. This is life in the raw.

Often the only way a woman can feed her family is by selling her body for sex. The litter is collected by children and sold to the guys at the nearby rubbish dump. Walking in this area is not easy and I say that because for one thing it is filthy but for another it’s the sheer abject poverty that you see everywhere especially as there are so many babies and young chidden living in these conditions. I can only imagine how tough you have to be to survive here.

As we were walking along a women touched my arm and beckoned for me to stop. I asked our guide what she was saying and basically she was inviting me to sit with her and have a cup of tea. Honestly I felt very humbled. Here here was this woman who obviously had so little who was offering me a drink. I asked Obaidul to thank her for her hospitality. It was a while before I could take any more pictures in fact I was very aware of intruding into these people’s lives so I didn’t take very many. 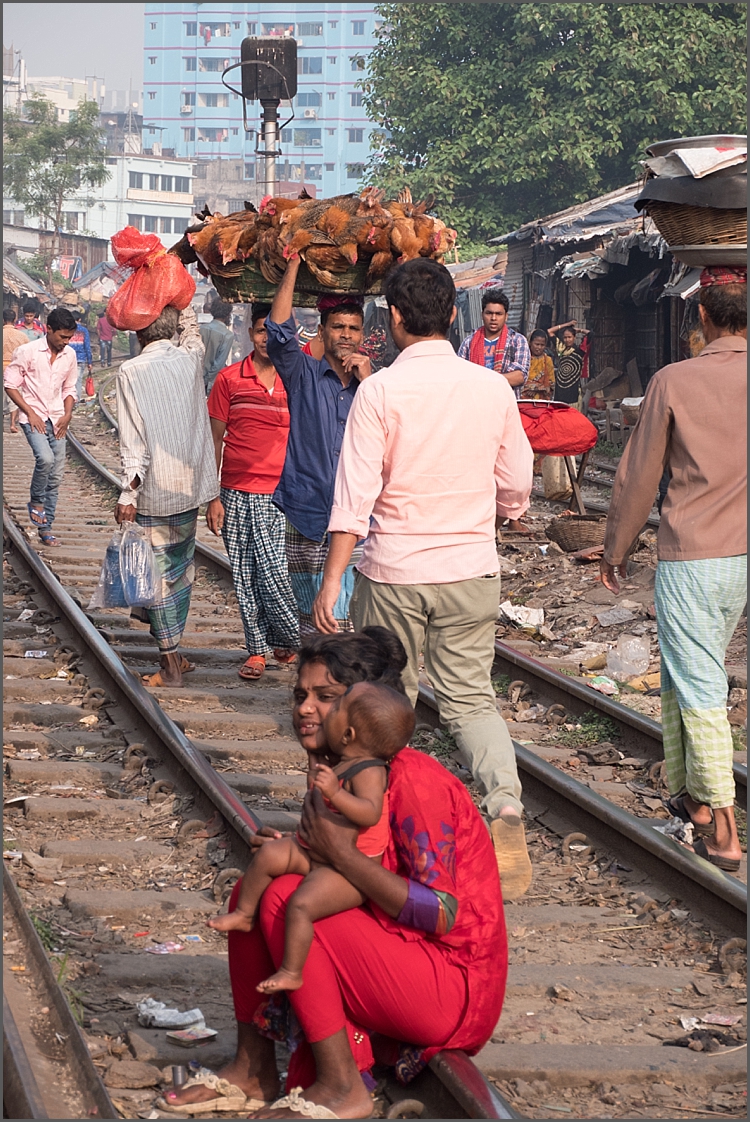 After leaving the train station we headed back to our car and were dropped off at Dhaka’s famous Hindu street. By now we were used to the hustle and bustle of this vibrant city. Hindu Street is narrow, full of people and motorbikes and street sellers and a couple of tourists i.e. John and I trying not to get run over! I loved the guys at the end of the street who posed for my camera as they were filling up their water carriers.

Then it was an interesting rickshaw ride to the Sadarghat boat station for a trip across the river.

After our boat trip we took a rickshaw, joining the manic traffic that is everyday life here and went for lunch.

One thought on “On to Tejgaon Railway Station …and more”